So after witnessing quite possibly the worst idea I've seen in literally years, the ESPN/LeBron James joint project entitled "The Decision", the question, of course, will predictably be asked around these parts, "Could Albert Pujols be next for this sort of thing?"
Josh Bacott over at Joesportsfan asks just that question, and then comes up with reasons why it will and won't happen. His conclusion? ESPN sucks, LeBron sucks, and he's not watching their next huge embarrassing fiasco.
Tough words, Josh, and I appreciate the sentiment, but let's face it: we'll all be watching. We may not be proud of ourselves, but just like your college roommate's overweight sister or a Superbird sandwich at Denny's, it doesn't matter how you feel about yourself later. There's no way you can resist when it's right there. 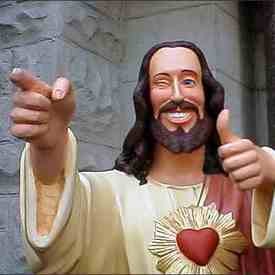 ​Sure, St. Louis looooves Albert (well, most of us, but that's a matter for some other day), and if he were to take his services elsewhere it would be a huge blow to both the organisation and the fanbase. But the situation in Cleveland was, to borrow a truly shitty phrase I try to avoid, a Perfect Storm. You had the local kid, born and raised just down the road, who became a national story as he moved into bona fide phenom territory before he was old enough to buy cigarettes. Then, wonder of wonders, Cleveland actually manages to draft him, and he says all the right things about how much he wants to stay in his home and bring a title to the unluckiest city on earth. LeBron walking away from Cleveland is a little like Jesus coming down, backpacking around the holy land for a couple weeks, then calling a press conference he opens with, "Jesus Christ, this place is a dump! The hell is wrong with you people? I'm signing a lease today on a loft in Seattle."
Albert is big, but St. Louis does occasionally win championships. The Cards just won four years ago, and while the Rams have been brutal of late, it's barely over a decade since they beat the Titans in the Super Bowl. Compare that to Cleveland's 40+ years of want, and it's tough to even imagine how different that must feel. Pujols is also, while certainly a pillar of the community, not from here. He went to high school in Kansas City, which is sort of local, I suppose, but he's from the Dominican. His charity serves people in his homeland, which is noble but not personal to the people here. He does help buy perfectly lovely classical music stations and turn them into one more shitty unneeded holy roller abomination -- sorry, that's my problem, not yours; no need to bring that stuff into the equation. The point is, Albert is certainly respected, even beloved, in St. Louis, but he doesn't carry the burden of being The Chosen One of the place he grew up.

​So sure, there will be angst if and when Albert lights out for the territories, but nothing like what we're seeing now. There's almost no hope in Cleveland now of being able to contend any time soon; if Pujols leaves the Cardinals will be down for a season or two but will find a way back into contention.
In the end, as much as everyone wants to draw the parallel (and I'm no better; after all, I jumped all over this idea for a column), but I'm not sure the situations are really that similar. Contracts in baseball don't work the same way, the player himself doesn't seem to have nearly enough narcissism to do things in the same way LeBron just did, and the weight of the city's love isn't the same.
I don't think we'll be seeing "The Decision: Albert Pujols" any time soon. Or maybe I'm just hoping. I suppose we'll all just have to wait.