Known for his "hair-trigger temper" and angry tirades, he wasn't the most likely yoga instructor. But few thought that 33-year-old Joel Snider was capable of murder.

That is, until a yoga guru in Pennsylvania turned up dead this week -- wrapped up in blankets and riddled with bullet holes -- and a friend of Snider's went to police with disturbing emails in which Snider discussed his plans to carry out the murder.

"Place tarp on floor, roll body up in tarp, carry out to car. Tidy up yoga center. Drive to hotel room," Snider allegedly wrote in one email exchange.

Snider, of Creve Coeur, was arrested Wednesday in Baltimore on charges of murdering Joe Fenton, a 70-year-old yogi who goes by the spiritual name "Sudharman." Snider is fighting extradition back to Pennsylvania. 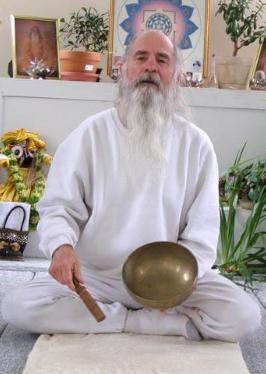 Last year, Snider opened Yoga For Everybody, a studio on Marshall Avenue in Webster Groves that went belly-up after just a few weeks in business. Before that, Snider had worked for That Uppity Theatre Co. -- a St. Louis performance arts group for people with disabilities -- where his former boss described him as bitter and resentful.

"It was always fascinating to me that this guy who was so committed to yoga, which is essentially a very peaceful thing, had a hair-trigger temper, disrespected me, wasn't organic or flexible in his thinking," Joan Lipkin tells the Sunbury, Pennsylvania paper, The Daily Item. "It just seemed the opposite of what the yoga practice might have cultivated in someone."

Just why Snider would want to kill Sudharman remains something of a mystery. Sudharman was the person who first introduced Snider to yoga back when Snider was living in Pennsylvania a decade ago. At the time, Sueharman taught at a studio called Yogaville. He then left to found another studio. As The Daily Item reports, Snider seemed to align himself with Yogaville and view Sudharman as "evil" for leaving the studio.

After Sudharman's body was discovered wrapped in a duct-taped comforter, a yoga instructor at Yogaville, Swami Karunananda, came forward with emails she received in May from Snider.

The emails -- as detailed in the Post-Dispatch -- describe a deep resentment for Sudharman and another yoga instructor, Andrew Cohen.

"I am thinking that for both Andrew and Sudharman it would be best if they just disappeared. No bullet holes, no blood, no signs of forced entry or struggle. Both appear to be mysterious, eccentric spiritual guys, so it might be easily believable that they would just take off for awhile, or maybe they had spontaneous enlightenment or something and they reached satori or went home to God or something," the email said, according to the affidavit. "This way, there is less chance for an investigation, less chance that it could be traced back to me. This will take a little more planning and could be risky to get close, but with God as my guide I am sure I will be just fine."