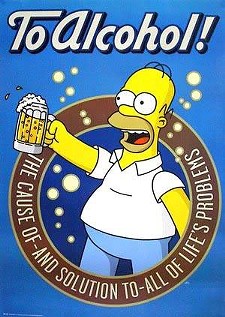 Ever drank a whole lot of booze and did something you lived to regret?

Congratulations! According to the University of Missouri's Andrew Littlefield, you fit the profile of an adult who hasn't "matured out" of childish behavior because you tend to hit the bottle a little too hard.

Littlefield, a 28-year-old doctoral student in clinical psychology, is the author of an upcoming paper in the journal Alcoholism: Clinical & Experimental Research that promises to reveal the "factors that might promote or inhibit impulsivity development."

Take a wild guess what Littlefield discovered is the biggest cause of impulsive behavior for people ages 18-35.

The study, titled, "Developmental Trajectories of Impulsivity and their Association with Alcohol Use and Related Outcomes During Emerging and Young Adulthood I," concludes that people who continue to drink like like college freshman at age 25 also tend to act like, well, college freshmen. 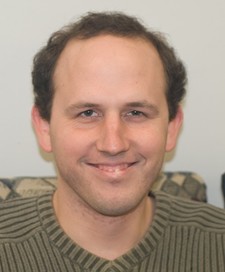 "What's interesting is that people at age 18 have high impulsivity but at age 25 it was relatively low," Littlefield says. "The people who made most changes and had the steepest decreases [in impulsiveness] were also the people who made changes in alcohol use and addressed their alcohol problems."

"It's not saying that if you keep drinking you'll be more impulsive or if you're impulsive you'll keep drinking," he continues. "But if you look at the patterns of change you get indications that changes in impulsiveness are definitely tied to changes in alcohol use."

The research was based on data collected in the late 1980's from surveys of hundreds of people aged 18, 25, 29 and 35. They self-reported their drinking habits and assessed the impulsiveness of their actions on a scale of one to ten.

In addition to confirming what millions of bartenders across America already know, Littlefield says the purpose of the study was figure out why some people's drinking habits mature and others don't.

"Basically if you want to drink less you should grow up. We know those things go together, obviously, but the next thing is identifying why some people change and some don't," Littlefield says. "Say you have ten eighteen-year-old people in dorm room and all of them are drunk. We want to know who are the ones who are still going to be drunk at age 25. What factors predict that?"

So how will we know who will be an impetuous drunk and who'll go on to lead a quiet, peaceful life filled with wise pre-meditated decisions?