Paul S. Smith: Suspect in Abduction of Alisa Maier Dead After Shooting Himself in Head 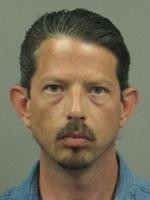 Paul S. Smith, a registered sex offender convicted of sodomizing a 10-year-old boy in 1995, was spraypainting his black car silver yesterday when police arrived at his home in the rural town of Hawk Point -- some 50 miles northwest of St. Louis.

The prime suspect in the abduction of 4-year-old Alisa Maier, Smith drew a gun as the cops approached, held it against his head and pulled the trigger.

Smith is currently listed in critical condition. The girl he abducted from her front yard Monday morning in Louisiana, Missouri, was found Tuesday unharmed in Fenton.

A relative of Smith's was credited with providing authorities information on his whereabouts. Smith is listed as "noncompliant" with the Missouri Sex Offender Registry. His last known address was an apartment on Weil Avenue in southwest St. Louis.

Police report that the car he was painting matched the description of the vehicle used in Alisa's abduction and the vehicle seen leaving the Fenton car wash where the girl was discovered the next day.