Hooker Gets Enraged Her John Has No Money; Stabs Him in the Face and Steals his Ride 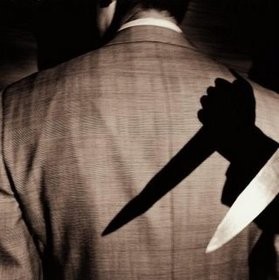 Next time, he'll think twice before trying for a freebie.

A 49-year-old victim picked up a prostitute at Dr. King and Arlington at about 1 a.m. Monday. He "knew" her, police say (Daily RFT interprets that in the carnal sense).

Then he made a BIG mistake: after mentioning that he had no money, she repeatedly stabbed him in the face, and sped away in his green 1999 Buick Century (it had a handicap license plate F7KG).

The vic was found lying in a parking lot on Wells, and was taken to a hospital where he was listed in serious but stable condition.