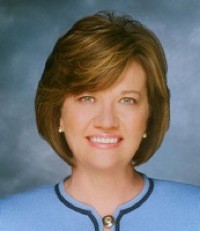 State auditor Susan Montee criticized the 22nd Judicial Circuit Court of St. Louis for failing to distribute a backlog of more than $7.6 million in public money to the appropriate government agencies in a report issued yesterday afternoon.

The cash is leftover from court-ordered bank accounts that date as far back as 1977.

"The failure to routinely review inactive cases and disburse monies as appropriate" Montee writes, "routinely deprives the state, city or others the use of those monies."

Heather Ratcliffe of the Post-Dispatch has the response from Circuit Clerk Mariano Favazza:


Overall, Favazza said he was pleased with the report, noting improvements since he first invited auditors to look at the books when he took over as circuit clerk. The 90-page audit of the office in 2000 had 51 recommendations; Tuesday's 10-page version had eight.

"Most of those recommendations concern ongoing issues from past administrations for which we continue to make substantial process correcting," Favazza said.

The auditor also recommended changes to the court's "pre-trial release" office, which is in charge of collecting bail bonds. The office came under scrutiny earlier this year.