Gnostics: Be Happy St. Louis, Even While We Ignore You 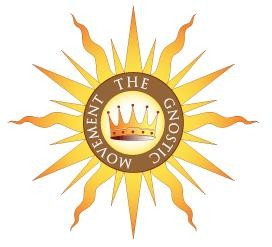 Of course it's a given that the Gnostics have the coolest-sounding name of any fringe group in the history of Christianity (though they just narrowly beat out the Albigensians). Back in the early, early days, around the second century CE, they did close readings of Jesus's teachings, looking for hidden spiritual meanings and guidance toward personal enlightenment. If anybody had bothered to record the Sermon on the Mount, it's very likely the Gnostics would have listened to it backwards.

The Gnostics died out when Christianity entered its repressive phase. But now, maybe thanks to the coolness of their name -- or possibly a best-selling religion book that suggested that Christianity might have developed into quite a different religion had they not been repressed into nonexistence -- the Gnostics are making a comeback! And they decided to tell us all about it!

SAN FRANCISCO, Calif., June 28, 2010 (SEND2PRESS NEWSWIRE) -- Want happiness? While studies indicate that lots of friends, a high paying job, or even passing years may create a higher likelihood of feeling "happy," a reliable recipe for lasting happiness remains elusive, says The Gnostic Movement. Lasting happiness will be the focus of a global Gnostic event on July 10 in major cities worldwide (www.gnosticawakenings.com).

Material wealth may bring comfort and security, but research shows it does not lead to long-term happiness. The latest study showed that Americans and Britons are actually less happy than in the 1950's, despite being two to three times wealthier now! In fact, only 36% reported being "Very Happy" now, as opposed to 52% in 1957.

Another study shows that people are turning to life experiences such as vacations to achieve happiness. While these may bring cherished memories, they are also unlikely to result in lasting fulfillment. In fact, a recent study of 974 vacationers, published in Applied Research in Quality of Life, suggests that most of us regress back to our baseline happiness within just eight weeks of returning home. So, are there more reliable ways to achieve lasting happiness?

One of the most recent happiness studies showed that it doesn't matter what we spend our money on - all we need to do is wait. Making headlines in the New York Times (US) and The Daily Telegraph (UK), the results of this recent Gallup poll of 340,000 people showed that after age 18, we start to become less happy, and this trend does not appear to reverse until age 50.

But is attaining happiness only a matter of time?

Lasting happiness will be the focus of a global Gnostic event on July 10 in major cities worldwide. Featuring talks, meditation, and a special film screening, this event will explore:
- What compels us to seek happiness?
- Why happiness can be so fleeting and temporary.
- How to connect with the divine spark within in pursuit of happiness.
- How to achieve sustained happiness.

The Gnostic Movement is at the forefront of a Gnostic re-emergence in the modern day.

Only one problem: St. Louis is not one of the "ten major cities worldwide" where this global Gnostic event will be occurring. Does that mean they just want us to know that the good people of San Francisco and Madison, Wisconsin, will be happy? Do they want us to wish them well? Or do they want us to know that because we decided not to live on the shores of the Pacific or Lake Monona (or Lake Mendota), we are not worthy of happiness?

Gettin' All Religious Up in Here Press Release of the Day