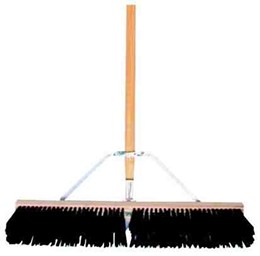 It really didn't seem like there should have been any way the Cardinals could have possibly screwed this one up. Six times this season they have won the first two games of a three-game set, only to see their hopes for a sweep go up in smoke. On five of those six occasions the Cards had lost by a single run.
This time, though; well, this time was going to be different. After all, Adam Wainwright was on the mound, and Adam Wainwright is an ace. He's one of the best pitchers in all of baseball, in fact, and he was facing off against Brandon Morrow, who is not one of the best pitchers in all of baseball. In fact, despite being very talented, Morrow hasn't had much in the way of sustained success to this point. Surely this time the Cardinals would get the sweep. No way this could go wrong.
Well, guess what? Not only did the Cards lose, they got flat-out embarrassed, shut out 5-0. And somehow, it wasn't at all surprising.
-- Wainwright really, actually, honestly, well mostly, anyway, wasn't all that bad. Well, okay, so he was sort of bad, but he wasn't bad like we've seen some other pitchers be bad. He wasn't flailing, struggling to find the zone, and he wasn't getting knocked around for a bunch of hits, helpless to put hitters away. In fact, he put batters away quite effectively, with six strikeouts in just four innings. He didn't walk a batter, struck out six, only gave up six hits. Pretty good, right?
Well, unfortunately, of those six hits, half left the ballpark. And they weren't exactly chip shots, either; the second Vernon Wells homer in particular was crushed. Still, I'll take it. A day with a couple uncharacteristic bombs but solid underlying numbers is much, much better than to see your ace go out and just be helpless to stop the bleeding.
-- I have no idea how Adam Lind hit a home run on the pitch he did. It was about ankle-high on the outside corner; there is no way in hell he should have been able to even get the barrel of the bat close to the pitch, much less put it in the stands. I suppose that's just one of those times when old baseball people break out that hoary old chestnut about tipping your cap. 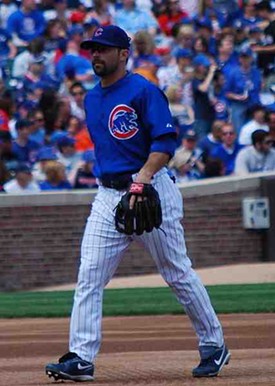 ​-- Someone explain to me again exactly what Aaron Miles is doing back on the roster for a team which has much, much better options. I've mostly tried not to obsess over Miles being on the team because he's had such a limited role so far that he hasn't had much of an opportunity to adversely affect the games. Unsurprisingly, though, the first chance he gets to see some real playing time, he makes an impact. Spoiler alert: it was not a positive impact.
So far in his triumphant return to St. Louis, Miles is hitting .176, with an OPS of .353. That's an OPS+ of -4, a number I don't believe I've ever seen associated with a non-pitcher. He's a liability defensively at all three positions his supposed versatility allows him to play. I suppose he'll make a better 17th inning reliever than Felipe Lopez, if only because no one will get upset when Miles misses time with a sore elbow shortly after pitching.
The time has come to cut the cord on this farce. John Mozeliak needs to rectify the mistake he made when he picked Miles up and get him off this roster. The difference between Miles and, say, Tyler Greene on the roster may not be huge, but the Cardinals are in a dogfight right now, and every single little fraction of a win they can squeeze out is important. I would be willing to bet Greene could easily double Miles' OPS right now, and he can actually play defense. Having Aaron Miles take playing time for this team is a poor reflection on a GM who has done lots of good and yet still allowed his manager to waste a roster spot on one of his beloved strays.
-- I was okay with La Russa pulling Wainwright when he did. Adam throws a lot of pitches, and it wasn't the worst idea in the world to get him a little extra rest on a day when he wasn't awful but certainly wasn't great. Plus, there were several pitchers in the 'pen who did need some work. Of course, looking at the pitching matchups over the weekend against Kansas City, I don't think any of the relievers are going to be hurting for work.
-- Finally, as much as it galls me to do so, I have to give credit to Brandon Morrow. I definitely think the Cardinals helped him out a ton, swinging at plenty of pitches they had no chance of doing anything productive with, but at the same time Morrow had his mojo working in a big way. The velocity was good, but what was really impressive to me was how much movement he was getting on the ball. I had only seen him pitch a couple times prior to this, and I don't recall him having that kind of movement. It was certainly impressive to watch.
All the same, the Cards didn't exactly make him work, drawing just one walk and only forcing him to throw 112 pitches to get through 8 innings. They could have done a better job of working the count and maybe gotten him out of the game earlier, but that still might not have mattered. He was outstanding.
Overall, it was a successful series, as the Cardinals took two of three, but it was still disappointing. They had their three best starters going (three of the best starters in the National League, in fact), and couldn't get the job done to put away the Jays and get the sweep. Worse yet, the offense which had been so much improved of late scored exactly one run in the last eighteen innings of the series and striking out fourteen times compared to just two walks.