Two 17-year-old teens -- one incarcerated for murder the other for first-degree assault -- escaped the St. Louis Workhouse on Hall Street sometime last night. 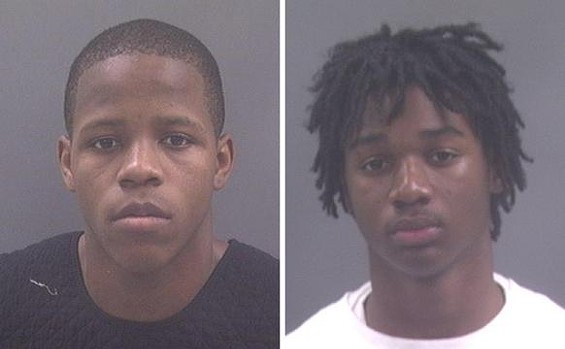 The St. Louis police department reports that the inmates disappeared between 9 p.m. last night and 5:30 this morning.

Gray was arrested last June on a murder charge. Wallace, meanwhile, has spent the past 18 months in the workhouse following his October 2008 arrest on charges of first-degree assault.

Both teens were awaiting trial and had been certified to stand trial as adults. The city workhouse is at 7600 Hall Street near the river in north St. Louis. Anyone with information on their escapees whereabouts are encouraged to call CrimeStoppers at 1-866-371-TIPS.