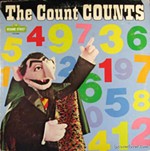 Is constant bad news about the Deepwater Horizon oil spill getting you down?

Then take heart in the fact that all the gooey black stuff washing up on white sand beaches, ravaging Louisiana marshlands, and choking pelicans to death wouldn't even fill the Superdome in New Orleans.

What, that doesn't make you feel better?

That lovely little factoid comes from the Associated Press' latest attempt to quantify the size of the oil spill. The story, featured prominently in this morning's Post-Dispatch, also has this to offer:


The amount of oil spilled so far could only fill the cavernous New Orleans Superdome about one-seventh of the way up. On the other hand, it could fill 15 Washington Monuments and two-thirds of the way up a 16th. If the oil were poured on a football field -- complete with endzones -- it would measure nearly 100 yards high.

All this started with the Google Maps overlaying the oil slick on various areas of the United States and, admittedly, that's a pretty reasonable visualization that helps people wrap their heads around abstract figures like 100,000 gallons of crude per day that's now the "worst case scenario" for the rate of oil gushing out of the sea floor.

Then came the line that, at worst, the spill would be "enough to fill 102 school gymnasiums to the ceiling with the oil." (What school are they talking about? Nobody knows!)

Now it's some gibberish about "15 Washington Monuments and two-thirds of the way up a 16th," and, with the reference to the Superdome, the implication that the spill isn't nearly the disaster that Hurricane Katrina was.

Like we said last time this happened, nudge us when they figure the leak could fill the Grand Canyon.