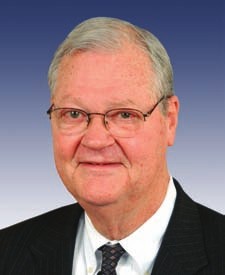 GetEQUAL, a national LGBT organization and Show Me No Hate, a Missouri LGBT rights group, are demanding a public apology from Ike Skelton, the Democratic House Representative from Missouri's 4th district, who last week stated he didn't want to change the military's "Don't Ask, Don't Tell" policy because it could spawn a conversation about homosexuality. The 1993 law was overturned 234-194.

Co-founder of GetEQUAL Kip Williams said through a press release, "Although Rep. Skelton finds himself in a tough re-election campaign against a right-wing Republican, that doesn't give him the right to use my community as ammunition to score a few political points."

GetEQUAL is quick to point to a recent survey that indicates that veterans of the Iraq and Afghanistan Wars under the age of 35 find it personally acceptable for LGBT soldiers to serve openly and count among opponents of Don't Ask Don't Tell military leaders Colin Powell and David Patraeus.
LGBT groups are particularly incensed over Skelton's comment, "What do mommies and daddies say to their 7-year-old child?" in reference to gays serving openly and saying that the topic wasn't family friendly. As Chairman of the House Armed Services Committee, Skelton labored to keep the bill from ever going to a vote in the first place.

Co-founder of Show Me No Hate Ed Reggi wrote in a national email, "It would be bad enough if Ike Skelton were just pretending that 'Don't Ask, Don't Tell' still makes sense. But based on his comments yesterday, Skelton wants to pretend that LGBT people don't even exist!"