Leonardo Drisdel, former host of the talk show The Human Factor on the now defunct AM station WGNU will stand trial May 2, 2011 for the slaying of Cassandra Kovack.

On June 4 2005 police found Kovack dead in her Miami Street apartment, her body beaten, her arm slashed, and her face bitten. STLtoday.com reports that Drisdel is to be charged with first-degree murder and armed criminal action.

On the night of the murder, Drisdel's 46th birthday, he allegedly smoked crack cocaine at Kovack's apartment. No drugs were found in the body of the victim. The one-time Pentecostal preacher claims that he heard voices telling him that she was the devil and imploring him to kill her.
Drisdel is expected to enter a mental health defense. He was diagnosed as bipolar and schizophrenic, and had checked into rehab several times at Saint Louis University's in-patient psychiatric counseling program. He struggled with addictions to crack and the opiate Dilaudid, which he was prescribed when he broke his back working in a warehouse job in the late '80s. 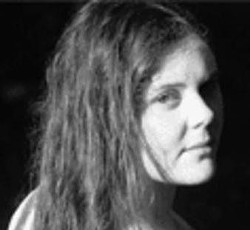 But Drisdel also struggled with his antidepressant and manic-depressive drugs. Janine Drisdel, his wife, told RFT in 2005 that Drisdel did not always take psychiatric meds, saying that "he was very ashamed of it." And he had plenty to depress him in June of 2005 - two close relatives had recently died, one in an unsolved shooting, and trauma from an abusive childhood was bubbling to the surface.

Drisdel and Kovack, 28 at the time of her death, were friendly, if not close. Police found two bowls of pasta set out in her apartment when they went to investigate. All Janine Drisdel knows of the encounter is that some time around 9 p.m. her husband told her he was going to walk to Schnucks and pick up some beer. He didn't come back until after midnight, and was soaked in blood.

What happened in the interim is still largely speculation, or rather, why it all happened is still speculation, even, apparently to Drisdel. In May of next year, we might finally have some answers.