The University of Nebraska board of regents voted 8-0 today to leave the Big 12 Conference for the Big Ten. The move will go into effect in time for the 2011 football season.

Meanwhile, University of Missouri officials were holding their second day of meetings today trying to figure out what to do about their status in the rapidly diminishing Big 12 North. Yesterday, fellow Big 12 North school University of Colorado decided to depart the conference for the PAC-10.

Just a few weeks ago University of Missouri was rumored to be a shoo-in to joining the Big Ten. Then yesterday a Mizzou curator confirmed that the school had not received an invite to join what's seen as a better academic and athletic conference. 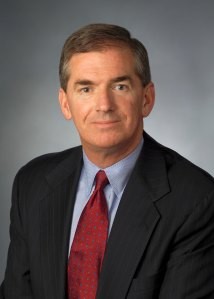 Today school officials were once again meeting behind closed doors in an attempt to figure out their fate. As of this reporting, it appears the university plans to hold-tight and remain in the Big 12. As MU president Gary Forsee told the Associated Press today: "We have obligations to our Big 12 Conference, first and foremost. But he added that conference realignment is "a nine-inning game" -- and it's still the first inning.

Fun factoid alert! With the departure of Nebraska and Colorado, the Big 12 will have ten teams. The Big Ten, meanwhile, will have an even dozen following the addition of Nebraska Are new conference names in order? Does