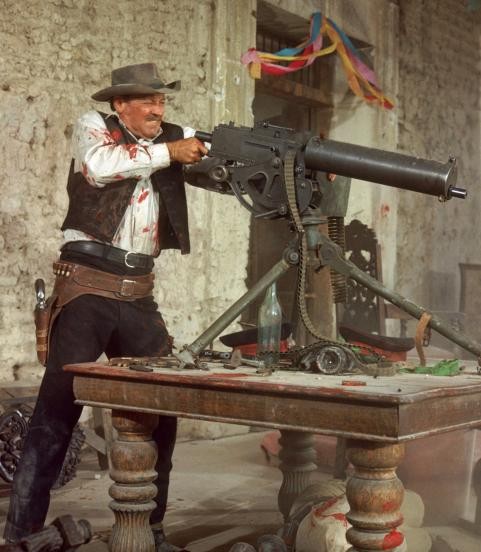 Call it the shootout at the Pine Lawn Corral.

"It was like the wild, wild west out here last night," Pine Lawn Mayor Sylvester Caldwell told reporters on Tuesday.

Caldwell is referring to a firefight on wheels in his crime-plagued municipality left two drug suspects and an innocent bystander wounded.

Now the two police agencies involved are butting heads over when, where, and how undercover police officers should conduct their investigations.

It all started Monday evening with St. Louis County Police trailing a vehicle in Pine Lawn as part of an undercover drug investigation. As they kept their distance, another car pulled up alongside their mark and opened fire.

Near the intersection of Jennings Station Road and Bircher Avenue, the bullets started flying toward the undercover officers and they returned fire -- from a moving vehicle on the city streets. The car that started the melee sped off and County cops continued to chase their original targets.

Then the Pine Lawn police got involved.

Pine Lawn police officials say they were never notified of the undercover investigation and nearly mistook the undercover officers for criminals involved in a drive-by.

According to Pine Lawn Police Lt. Daniel O'Connor, one of his department's snipers told him that took aim at one of the undercover officers but didn't shoot because there were pedestrians in the residential area.

Speaking to KMOV, O'Connor said his officer later approached the County cop and said, "I drew a bead on you, I almost killed you."

The car that initially opened fire escaped onto I-70 and has still not been located.

Police arrested two suspects after the pursuit: Laron Crenshaw and Antoine Bankhead. They are each being held on charges of assault on a law enforcement officer (2 counts), armed criminal action (2 counts), endangering the welfare of a child (2 counts), and unlawful possession of a firearm.

The child endangerment charges stem from the fact that two children -- a four-year-old and a four-month-old -- were in the car that County police were chasing and shooting at.

Yesterday, O'Connor called out the St. Louis County cops. He told the reporters at a news conference yesterday that, "They kept us in the dark...They're on my turf, they owed me that call."

The Post-Dispatch reports that O'Connor plans to file an Internal Affairs complaint and believes that the County's officers should be fired.

The P-D writes that County Police Chief Tim Fitch responded that, "His officers...had no way to know where their surveillance would lead them, [so] they couldn't alert municipal authorities in advance."