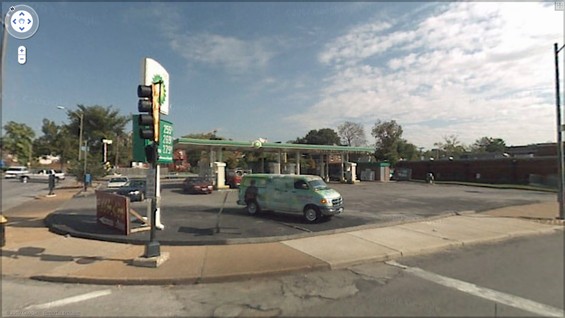 Activists who favor stricter clean-energy legislation, and oppose the controversial Murkowski resolution, are holding a rally at 10 a.m. today at BP gas station on Delmar.

The rally is being organized by Environment America, an organization under the umbrella of Clean Energy Works, a nationwide coalition of clean energy organizations.

"[We will hold the rally at the BP] close to Senator Claire McCaskill's office. Obviously we will be talking about [BP's Deepwater Horizon] oil spill but also will urge Claire McCaskill to vote 'No' on the Murkowski resolution that's coming up for vote on Thursday," Wieland says.

The Murkowski resolution is named for Alaskan Republican Senator Lisa Murkowski, whose office stated in a press release long before the April 20 oil spill (back in January, actually) that regulating greenhouse gas emissions under the Clean Air Act would "endanger America's economy."

The resolution is being dubbed the "big oil bailout" by opponents because, in Murkowski's words, "could force businesses being to cut jobs or close their doors for good." The Senate is scheduled to vote on the resolution Thursday and the Obama administration has threatened to veto it if it gets to the White House.

McCaskill's office is located at 5850 Delmar Boulevard, a tenth of a mile from the BP station. It was also the scene for two protests last week, between supporters of opponents of the Israeli Navy's attack on the Gaza flotilla and supporters of the group of ships. See photos of that protest.

Update, 11 a.m.
Here's a photo of the protest going on if you're curious: