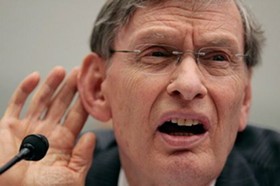 With the MLB draft just mere hours away, I thought I might try to roundup at least a few of the names I think the Cardinals just might be interested in calling. These aren't all first-round guys, by any means; in fact, most of them aren't first-rounders. But they are all players who fit into the direction the Cards have hinted they'll be looking to draft this year.

So don't think of this as any sort of projection or prediction thread; these are just some players I think it would be worth looking out for.
Going into the draft this year, the Cardinals have publicly stated they're planning on trying to focus on left-handed pitching and speed. Now, the left-handed pitching is pretty straight-forward, but the speed thing is less so. Does this mean they've got a big sheet of 60 yard times and are just going to be calling players off it? Of course not.