Here's a collection of photos from Tuesday afternoon's protest outside the office of Sen. Claire McCaskill on Delmar Boulevard, by those decrying Israel's attack Monday on a group of ships that were trying to deliver humanitarian aid to the Gaza strip -- and by supporters of Israel. Israel and Eygpt have blocked delivery of supplies to Gaza for the past three years out of their concern over the potential for delivery of weapons to Hamas, which gained control over the Palestinian portion of Gaza after the Palestinian parliamentary elections in 2006. Photos by Kholood Eid. 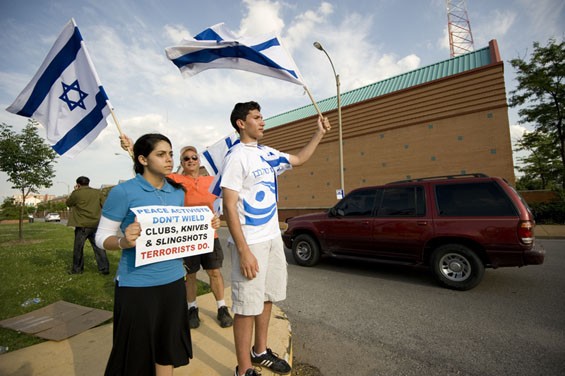 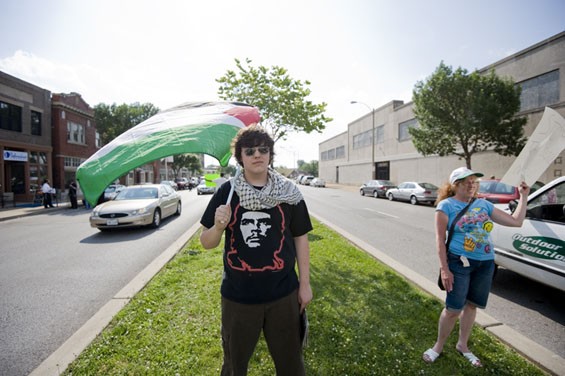 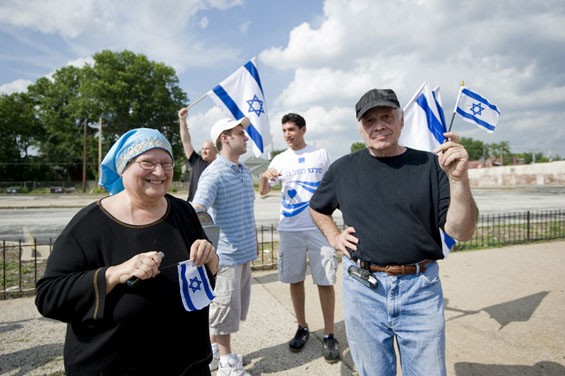 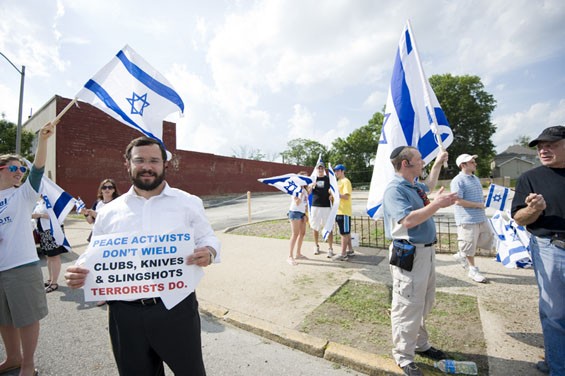 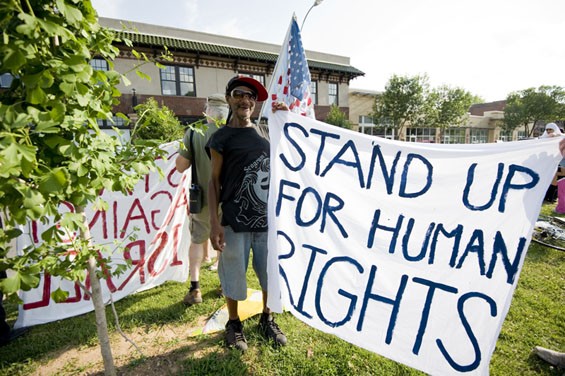 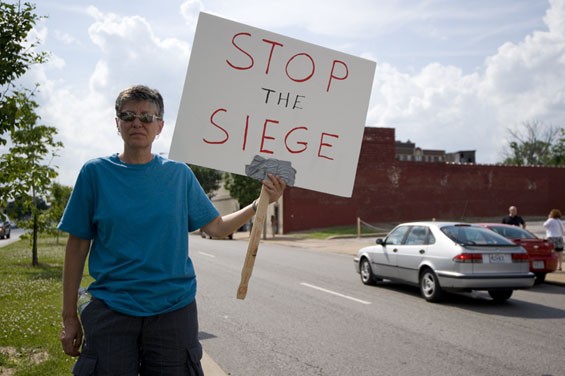 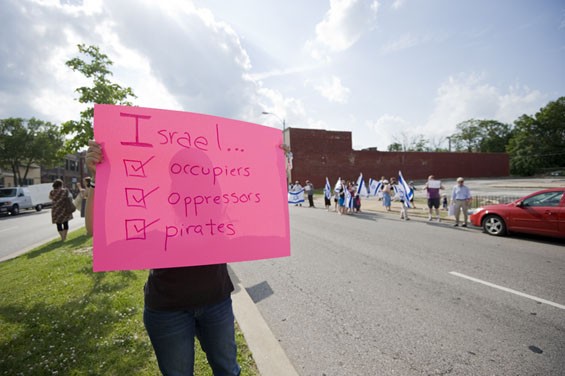 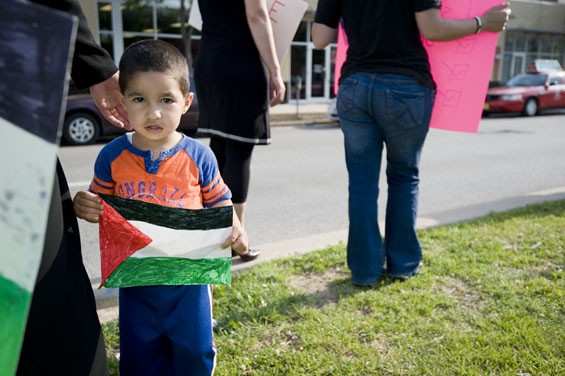 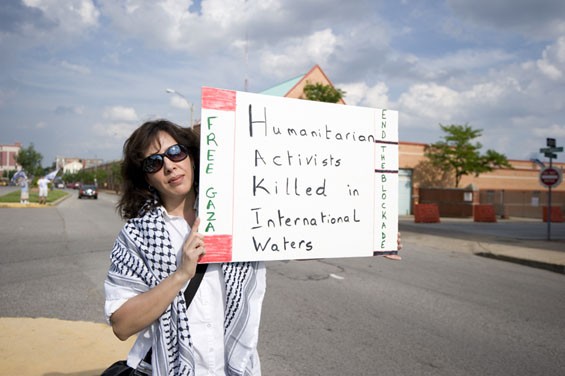