Was Murder of Teen Justified? Sexagenarian Gunman Says It Was 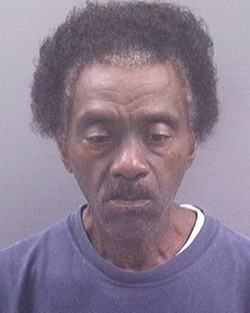 As we reported last July, the then 60-year-old Johnnie Pulley thought he'd identified a teenager who had beaten him on a Metro bus weeks earlier.

The teen was again on the bus Pulley took to work each morning. So Pulley called police and told them he identified the teenager and gave them the police report number he'd filed weeks earlier.

When the kid -- 17-year-old Brandon Colenburg -- got off the bus, Pulley followed him to a bus stop and onto another bus. In Pulley's waistband was his conceal-carry, permit-approved .357 Magnum.

When Colenburg got off the bus near Delmar and Union, Pulley followed the teen, telling him he had called police. Colenburg turned around and Pulley shot him in the side. Colenburg died during surgery.

Pulley claimed that the teen was lunging at him when he fired his gun, though two witnesses at Pulley's trial yesterday disputed that. The defense pointed out that Colenburg had a gang tattoo. Colenburg's parents, meanwhile, described their son as a good student with a summer job and say he wasn't the person who initially attacked Pulley.

The jury is now deliberating the case.