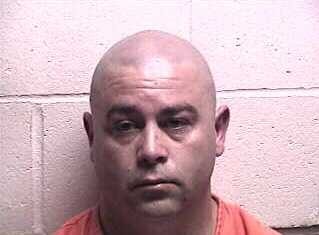 Hmm. Something tells me they do not teach this at the police academy.

Winfield police officer Bud Chrum was arrested Friday on charges of purchasing $160 worth of cocaine. As the Post-Dispatch reports today, Chrum told narcotics officers that he was buying the drugs to substitute for police evidence he inadvertently damaged.

"The only reason I'm doing this is because I spilled something on about two grams of cocaine, and I had to replace it so I didn't get fired," Chrum allegedly told a Lincoln County Narcotics Enforcement Team officer.

According to police, Bud Chrum, 39, asked his brother, Tony Chrum, 38, to purchase cocaine on his behalf. Tony Chrum found a dealer who arranged a transaction outside a local movie theater. Only the dealer turned out to be a police informant.

Tony was arrested in the cinema parking lot. Bud Chrum was later arrested when he arrived at his brother's home -- dressed in his police uniform -- to pick up the cocaine.

This is the second drug-related story this week out of Winfield, located an hour's drive northwest of St. Louis. Yesterday the Associated Press used Winfield in its dateline for a story examining how heroin is making inroads into rural America.