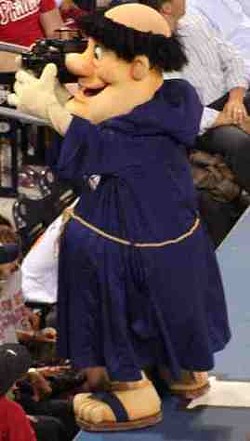 ​The Cardinals travel to San Diego tonight to begin a series against the surprising Padres, who sit atop the NL West. Looking over at the other dugout, the Cards just may see a mirror image of themselves, a team succeeding mostly on the strength of outstanding pitching while hitting just enough to win most nights.
Given the nature of playing in Petco Park in general, it should come as no surprise to anyone the Padres' pitchers have put up some pretty remarkable numbers overall. Still, though, even taking into account the canyon they play in, this is a talented pitching staff, one the Cards will have to be sharper than they have been of late to overcome.

First things first, let's take a look at the Padres run differential of 188 runs scored vs. 144 runs allowed. That's better than the Cardinals, who have scored 196 runs while allowing 165. And why is that important?

Because run differential is one of the easiest ways to gauge how lucky or unlucky a team has been in relation to their won/loss record. A team with a winning record who gives up more runs than they score is not, generally speaking, going to continue winning. Just the way it works. So you look at that record for the Padres, and then you look at who their run differential says they are, and the two match up just fine. Whether or not San Diego really is this good or not remains to be seen, but so far this season they've been almost exactly the team their record describes. Translation: Yes, they really are pretty good.
Offense

Rather than tossing around a bunch of numbers you probably don't care about anyway, I'm just going to sum up the Padres for you right now. The San Diego Padres are not a very good offensive team. Okay. Moving on.

What? You want proof? Oh, come on. I said I wasn't going to toss around a bunch of- Alright, fine. This job would be a whole lot easier if you people would just take my word on these things.
The Padres only have one really good hitter, but that one good hitter is a doozy. Adrian Gonzalez is still one of the more underrated individuals in the game, a legitimate top 10-15 player in all of baseball right now. He also has perhaps the team-friendliest deal in the game, but that doesn't really factor in a whole lot here. Gonzalez is currently putting up a 153 OPS+, and has nearly as many walks (30), as strikeouts (34). Adrian Gonzalez is a bad, bad man.
Beyond Gonzalez, though, there isn't a lot to be afraid of here. Kyle Blanks, the San Diego version of Chris Duncan (okay, he's not as cringeworthy in left field, but the shoe fits otherwise), has monstrous power but brings a 73 OPS+ into tonight's contest. That's not so good. He's going to break out, but let's just leave that for after the Cards leave town, hmm? Will Venable, the talented right fielder and Ivy League man about town, has been good but not outstanding, with a 104 OPS+.
Overall, the Padres have five regulars providing league-average or better offense; the exact same number the Cardinals have, in fact. The key difference is the Padres are getting that production from a couple unlikely sources, including David Eckstein, who currently sports a nifty .775 OPS. (In case you were wondering, no, David Eckstein is not all that likely to end the season with a .775 OPS.) The Cardinals are a much, much more talented team offensively. Sadly, being more talented hasn't yet made the Cards any more productive.
Edge: PUSH
Starting Pitching
As I said before, the Padres have ridden their pitching to the top of the standing in the West, and it starts with the rotation. Mat Latos in particular has been a revelation; a legitimate ace in the making at the tender age of 22. He has great stuff and is just beginning to scratch the surface of what his talent will enable him to accomplish. Thankfully, the Cardinals won't have to try and figure him out this series.