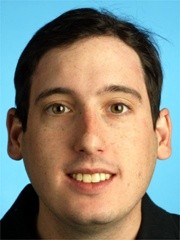 Dagburnit! We thought we'd beat the Post-Dispatch to their own story -- but they just posted a quick item in front of us.

Earlier today Daily RFT received an internal email for the paper outlying changes in the newsroom.

Most noticeable among those is the switch at City Hall where education reporter David Hunn will step in for Jake Wagman who's covered St. Louis politics for much of the past decade.

Wagman will now cover general politics -- something he's been doing anyway on the paper's blog Political Fix. "I was covering a good deal of regional politics from City Hall already, but being able to do it full-time -- with a key U.S. Senate contest on the horizon -- is tremendously exciting," Wagman tells Daily RFT.

Former transportation reporter Elisa Crouch -- who's been away on maternity leave -- will step in to cover city schools and other education issues for the paper. Ken Leiser, who covered transporation along with Crouch, will continue to report on the subject solo.