May 24, 2010 at 9:42 AM
comment
If you're one of the seven people who didn't watch the Lost finale last night -- or see any of the show, ever -- you can breathe a little easier this morning. Drive-time radio talkers won't be wheezing about it on-air any longer and publications ranging from your uncle's blog to the New York Times won't waste any more words on it. Here's a recap of our weekend coverage. 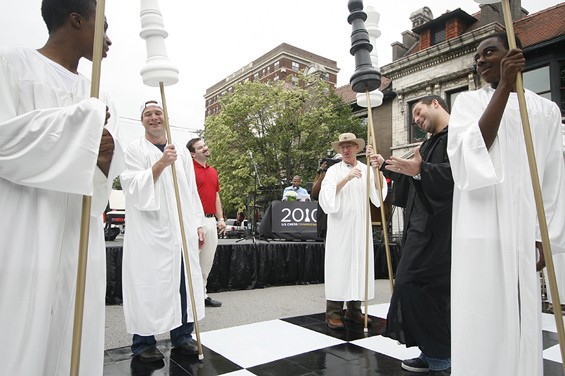 On Friday afternoon, a human chess game got underway in the Central West End at the Chess Club and Scholastic Center of Saint Louis, in conjunction with the national chess championships, being held through Tuesday. Photographer Nick Schnelle brings back these photos of the human chess game.

Hum at the Old Rock House

On Saturday night, Champaign, Illinois' Hum played the Old Rock House. It was the band's first show in St. Louis since December 2000. So how did they do? Annie Zaleski reviews the Hum show here.

The English Beat at the Duck Room 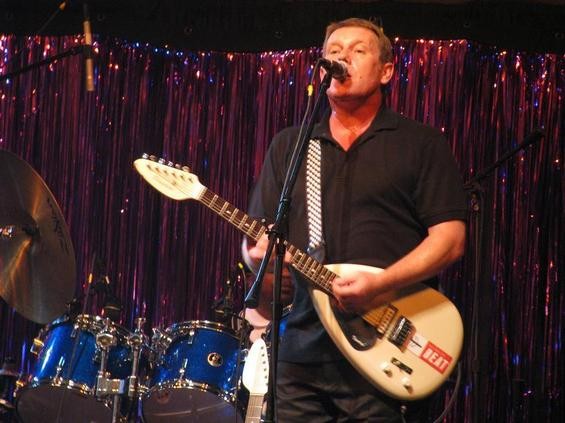 "For the third year in a row, Dave Wakeling brought his reconstituted English Beat line-up to St. Louis for a summer ska dance party," writes Christian Schaeffer in his review of Saturday night's show at Blueberry Hill. "But unlike the shows in 2008 (with the Alarm and the Fixx) and 2009 (co-headlining with Reel Big Fish), the English Beat didn't have to share the Duck Room stage. That fact alone helped make the last night's concert the best of the band's recent visits."

Mucca Pazza at the Firebird

On Saturday night, the big-ass punkish brass band from Chicago, Mucca Pazza, came to St. Louis. It looked like a party, judging from these photos by Jon Gitchoff.

Pinball at the Silver Ballroom