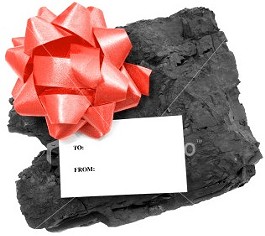 A report on coal imports from the Union of Concerned Scientists was just about a month too late for the Great Coal Debate at Washington University.

It's a pity too, because the environmental activist group found that the Show-Me State shelled out $1.13 billion for coal and that sure seems like something the Sierra Club would've liked to point out to Peabody Energy.

Illinois was actually worse, according to the Concerned Scientists, paying $1.49 billion to bring in coal from Wyoming despite the fact that the Land of Lincoln is itself one of the nation's top-ten coal producing states.

The state of Missouri is the most dependent on net imports as a share of total state electricity use, at 82 percent, the report said. Missouri spent about 22 cents a person on ratepayer-backed electricity efficiency programs in 2007, but cutting annual energy use by 1 percent could save consumers $30 million and keep the state from having to send as much as $13 million out of state in the first year.

Meanwhile, in other coal news, families of the workers who were killed in a Massey Energy Co. coal mine explosion in West Virginia earlier this year testified before Congress today that they were "urged to conceal defects" before the accident.