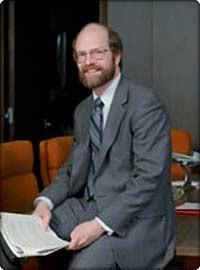 Washington University will announce today that John F. McDonnell and the foundation of his late-father James S. McDonnell will donate $60 million to the school.

The money from McDonnell and the JSM Charitable Trust is the second-biggest gift the university has ever received. Most of the gift -- $48 million -- comes with no strings attached and can be used however the school sees fit.

John McDonnell joined his father's McDonnell Aircraft in 1962 and served as president and/or chairman of the company through the '80s and '90s after it became McDonnell Douglas. The company merged with Boeing in 1997.