Cardinals Offense: The One That Got Away 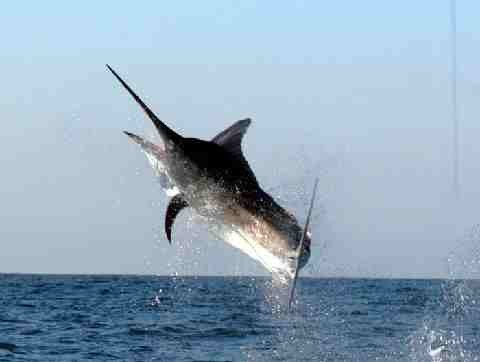 Well, at least the Reds lost too.
Of course, the fact Cincinnati was unable to come back against the Braves just means the Cardinals missed a golden opportunity to retake their rightful place at the top of the NL Central. So maybe the Reds losing should go under the 'piling on' column instead of the 'good news' column.
Wednesday night's loss to the Florida Marlins may not have lost the Cards any further ground in the division race, but it did reinforce all the negative trends we've been seeing from this team for the last month now. Once again it was the offense to blame for a bad loss, and it's getting harder and harder to keep in mind there are plenty of signs this offense should be better than what they are.
-- Jaime Garcia seems to actually be getting more impressive each time I see him. He clearly was having difficulty with his control last night, the defense behind him seemed more interested in playing pinball than actually catching anything, and yet he still refused to allow a run. We've known he was talented, but he seems to have that certain something as well, that same thing Chris Carpenter and Adam Wainwright have, that thing that gets them through their bad days without getting knocked around. If he can't beat you with his stuff, he seems to be able to just will his way to a good outing. It's all very German, really.
The other thing I couldn't help but notice about Garcia last night was just how much the ball was moving. His fastball was doing bizarre things, things I'm not at all familiar with. I know I'm often given to hyperbole, but I believe I can honestly say, with absolutely no exaggeration at all, that Jaime Garcia's fastball is probably the single greatest pitch in the history of the game of baseball.
Of course, the downside of such an unusual amount of movement is the control issues Jaime had for most of the game. He was starting his fastball on the outer half of the plate, in roughly the same spot he usually does, and it was ending up a foot outside. He made a bit of an adjustment in the fourth inning and got into a bit of a groove, but even so couldn't quite keep it going consistently. Still, even struggling with his command, Garcia got 14 swinging strikes in just 5 innings, proof his stuff was well over the line into capital 'N' nasty territory.
-- I don't know what's going on with Colby Rasmus lately, but he's piling up the empty swings at a shocking pace. He's still productive, of course (for the more part, that is), but I have to say I wasn't really expecting him to turn into a pure three true outcomes player. His contact skills have never been great, exactly, even in the minors, but he was never Dave Kingman, either. Now suddenly this year he seems to be doing a pretty passable impression.
On the season, Rasmus is striking out in more than a third of his plate appearances, which is cause for concern even in a productive player. His walk rate is still very good at 14.4%, but it's fallen off considerably the past few weeks. Why he seems unable to make contact with pitches thrown belt-high on the outer half of the plate is beyond me, but I sure do wish he would figure something out, and soon. Strikeouts are certainly less damaging to the cause than hitting into double plays, but good thing can happen when you put the ball in play. Not so much when you strike out. 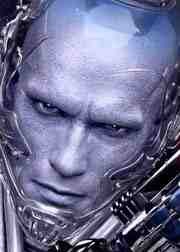 ​-- Remember when we were all worried about David Freese being able to hold down third base defensively? No? That's okay; neither do I.
-- You'll notice I'm not complaining about Blake Hawksworth, in spite of his cratastic outing, and that's no accident. See, I'm not upset about the Hawk getting knocked around because I don't have high enough expectations of him to get freaked out when he struggles. Now, don't think I'm trying to put him down, because I'm not. It was exciting to see him come on and perform out of his head last season, and it was nice to have a guy in the bullpen capable of absorbing some innings who wasn't Brad Thompson. But if anyone out there really believes a guy who strikes out less than six batters per nine innings is going to be an elite late inning reliever, they're fooling themselves.
Hawksworth is what he is; he's a middling relief pitcher who needs to live on the very edge of the plate to have success. If he catches too much of the plate, or the defense behind him isn't up to the task of converting lots of balls in play into outs, then he's going to do just what we saw him do last night. And hey, that's alright. Not everyone is going to be an All-Star, nor do you need them to be in order to win ballgames.
-- And finally, the elephant in the room: the offense. Once again, the Cardinals failed to mount any kind of real offensive attack, getting shut out for eight innings and scoring just one run total. The fact Anibal Sanchez is actually a pretty good pitcher takes a tiny bit of the sting out, but not nearly enough. Sanchez is a pretty good pitcher; he is by no means Walter Johnson.
At this point, I've pretty much run out of explanations for this team's offensive woes. They have the best offensive player in the game, one of the more feared sluggers over the last six years in Matt Holliday, and a guy in right field who was a darkhorse MVP candidate just two years ago. Yet still, night after night, it's the same old thing. You flip on the ballgame, look at the score, and it says 0, 1, or 2 next to the Cardinals' name. I just don't get it.
Regardless of the cause, if the Cards have some magic secret bullet up their collective sleeves their waiting for the right moment to whip out, let me suggest there's really no time like the present. The May schedule was a soft one, a schedule the Cardinals should have been able to make some hay with. Instead, they've dropped into second place, played very bad baseball for quite some time, and don't look anything like the team we all felt so good about back in April.
Yes, if there's a trump card, it's past time to see it played, boys.