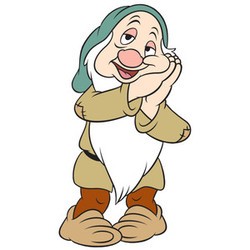 Seems everyone is asleep at the wheel these days. Oh well, these are troubled and tiring times, after all. We could all use a good nap.

Take Ken Griffey Jr., for one. The Seattle Mariner's celebrated DH dozed off in the seventh inning the other night and was unavailable as a pinch hitter. Just couldn't get his sleepy head in the game.

Earlier this week, Sen. Kit Bond also chose a rather inpportune time to nod off. His little siesta came during an intelligence briefing. On terrorism, no less.

One person in the room for Tuesday's intelligence briefing said Bond appeared to fall asleep for 10 to 15 minutes, but that he and other senators had spirited exchanges with the briefers.

The untimely nap took place hours after the Missouri lawmaker was on MSNBC and claimed that Attorney General Eric Holder had "executed a hostile takeover of the intelligence community" and was refusing to furnish Bond's intelligence committee with the information it was requesting.

When it came time for Bond to get his briefing, he apparently could not stay awake.

Sen. Orrin Hatch of Utah swears Bond was awake, but did concede that his Bond's eyes might have gotten a bit droopy.