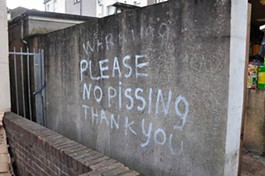 Mark Schlinkmann had the scoop yesterday afternoon on Political Fix:


"This law mirrors existing federal laws which are not being enforced," says the resolution, sponsored by Republican Joe Brazil of Defiance. "Illegal immigration places enormous financial stress on the resources of bordering states."

The resolution added that a similar law in Missouri "is needed and appropriate."

Brazil was joined by the council's four other Republicans and Democrat Jerry Daugherty of Portage des Sioux in voting for the resolution. The only "no" vote was from Democrat Cheryl Hibbeler of O'Fallon.

Hiebler is later quoted as saying resolutions that are completely unrelated to local business, "have no place in our County Council meetings."

It's hard to put it any more clearly than that.

Like Mark Parkinson, the Republican state representative from St. Charles who sponsored the anti-immigrant HB 2449, the St. Charles County Council is simply pandering to the prejudices and fears of their constituents while doing absolutely nothing to actually solve the problem of illegal immigration.

Measures like the one passed Monday, while ultimately meaningless, only distract from the real issues in the immigration debate and the serious economic and social repercussions that a law like Arizona's would have on Missouri.

The reasons why are laid out nicely by Village Voice Media executive editor Michael Lacy in "Amongst Us," a column published on our website on May 5:


Because the state has usurped federal authority over immigration, the legislation is open to a constitutional challenge.

More troubling is the fact that racial profiling is the very foundation of Senate Bill 1070. The Equal Protection clause of the U.S. Constitution prohibits selective enforcement based upon race. All Hispanics, no matter their citizenship, will be subjected to a police state that applies to no one else. No one else at all.

Driving While Brown now joins Driving While Black -- not simply in the vernacular of human beings targeted because of skin color by law enforcement but also in the law books. Arizona, which at one point repealed the Martin Luther King Jr. holiday, appears determined to stake out racial frontiers.