Tuesday Tussle: Part 1, Shooting Dogs During Police Raids Does Not Take a Bite Out of Crime 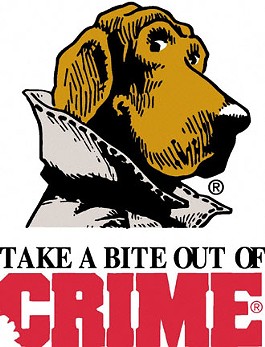 Last week Daily RFT reported on the case of Jonathan E. Whitworth, a suspected drug dealer whose pit bull and corgi were shot (the pit bull fatally) when a SWAT team raided his house in Columbia, Missouri early one evening in February.

In the end, police only discovered a few grams of pot, a pipe and a grinder on the premises. Whitworth has been charged with just possession of drug paraphernalia, a misdemeanor.

Deputy police chief Tom Dresner told the Columbia Daily Tribune that "intelligence gathered before the raid" led them to believe Whitworth had "felony quantities of 'high-grade' marijuana." Obviously -- as anyone who has seen the raw video of the incident will attest -- the intelligence of the Columbia police is non-existent.

There are many other ways to subdue a dog (my mailman prefers pepper spray) and firing a weapon in close quarters, especially an assault rifle, is a good way to injure an innocent bystander like Whitworth's seven-year-old son.

The worst part about the video is Whitworth's reaction to the shooting. As a cop pins him against the wall he wails, "Did you shoot my my Dog? Oh my God what the #$% did you do that for? He was a good dog. He probably just wanted to play with you."

Just about any dog is going to be barking like mad when a group of gun-toting strangers comes storming in the house, so it's easy to see how the pit bull may have looked "aggressive." But what about the corgi? Was the officer afraid he was going to get his heels nipped?

Whitworth's attorney's has said he is considering a lawsuit against the police department for using "excessive and inappropriate" use of force. That is totally justified. If officers can be prosecuted for excessive force against a person, they should also be liable for unlawful injury to an animal. After all, humans can be charged for harming a police dog or horse.

This isn't the first time that the cops have popped a cap in a canine as they're kicking down the door, so one has to wonder why they haven't come up with a better strategy when they hear barking as they're readying the battering ram? Why not have one man go in with his taser drawn? Or, even better, a baggie full of bacon in one hand and a tennis ball in the other? That's a combination that not even the fiercest guard dog can resist.

Joking aside, Whitworth's story is yet another glaring example of the futility of the war on drugs. Even if Whitworth was the weed kingpin the cops suspected, in the end his arrest would have hardly made a dent in Columbia's drug or crime problems. (It should be noted that a city ordinance approved by voters in 2004 calls for Columbia police to focus their "limited resources ... primarily toward crimes of violence or property loss.") Yet again innocent blood was spilled for no good reason. This time the blood came from two helpless little pooches.