Rams Chances to Win the Super Bowl? Ehh, Not Good. 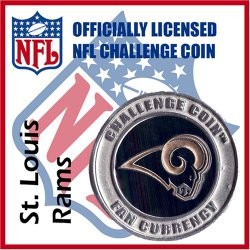 The Rams began mini-camp last week with the No. 1 pick of the NFL draft in Sam Bradford. And sports bookies the world over are now expecting the Rams to return a.s.a.p. to their former glory, right?

Yesterday the SportingNews reported the likelihood of which team would win the 2011 Super Bowl. The Rams, according to the bookies, have about a 1 percent shot of winning the big game. But, hey, at least they have company at the bottom. The oddmakers also have the Tampa Bay Bucaneers and Buffalo Bills at 100-1.