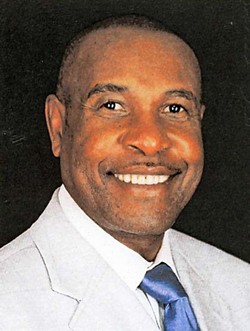 For 31 years, Virginia Bira served as mayor of Vinita Park, a small sliver of real estate just north of University City, with a population of barely 1,700. In fact, the 77-year-old Bira had the longest tenure of any St. Louis County mayor.

But the contest may not yet be resolved. At issue, is some 150 absentee votes that were cast (an unprecedented number in a municipal election) and of which a lopsided number were tallied on behalf of McGee, a retired Pagedale police chief who, as a Vinita Park alderman, ran and lost to Bira in 2006.

Sources tell RFT that the absentee vote was unfairly -- perhaps, illegally -- skewed in McGee's favor, which has prompted an investigation by the St. Louis County Police Department. 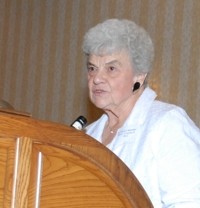 The election was certified April 20, meaning Bira has 30 days, or until May 20, to file a challenge.

Though Bira has a number of supporters who believe the election was stolen from her and who want to fight it, only she can can contest the outcome, says Joseph Goeke, a retired St. Louis County Circuit Court judge who now serves as a county election director.

Bira, meanwhile, declined to comment any further, saying only, "You ought to call John Conrardy." She then proceeded to give RFT his direct line.

Conrardy is a St. Louis County police detective. He refused to confirm or deny whether an investigation was ensuing and referred all inquiries to county police spokesman Rick Eckhard, who did not return numerous calls to his office.

When contacted Thursday, McGee said he knew of no pending probes and that he has not been approached by investigators.

"I pursued every vote legally, and I even called the election's board to make sure I was doing everything right (in enlisting absentee votes)," McGee said. "I did everything by the book."

According to election rules, a person may vote absentee if they are going to be out of town on election day, or if they are disabled, imprisoned or for religious beliefs.

If the investigation does in fact show that the absentee count was improper and a judge affirms that conclusion, a new election would likely be held.