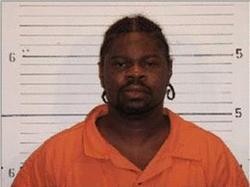 The police chief in the tiny municipality of Alorton got a tip yesterday that Aaron Jackson -- on the lam since early April -- was staying at a low-budget hotel called Relax Inn. (A fitting hideout for the 34-year-old Jackson who goes by the nickname is "Chill".)

The chief arrived at the hotel and arrested Jackson without incident. The Belleville News-Democrat reports that residents of Alorton hurled insults at Jackson during his perp walk into the police station. Saying:

"Bet you won't be shooting anyone else."

"Have a nice vacation!"