We Had Sneakers, They Had Guns: Remembering Freedom Summer, Mississippi, 1964

In the summer of 1964, hundreds of young northerners descended upon Mississippi to register black voters and teach in "Freedom Schools." Among them were Charles McLaurin, Chris Hexter and Tracy Sugarman, who were all based in the town of Ruleville in Sunflower County. McLaurin was the project director for Sunflower County, Hexter was a teacher and Sugarman was a journalist and illustrator who documented the events of that summer.

This Thursday, May 6, at 7:30 p.m. McLaurin, Hexter and Sugarman will be speaking at Central Reform Congregation in the Central West End. McLaurin and Hexter both appear in Sugarman's new book We Had Sneakers, They Had Guns: The Kids Who Fought for Civil Rights in Mississippi. 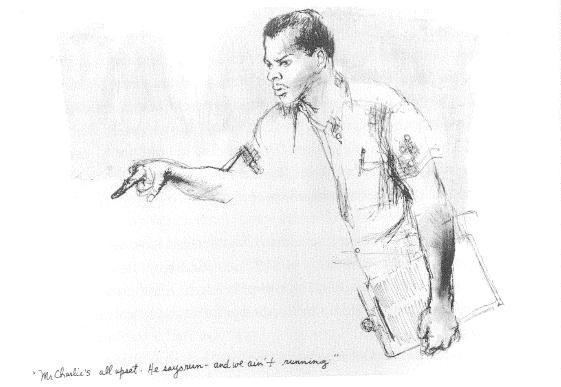 Sugarman went to Mississippi in 1964 to chronicle the experiences of the young voter registration workers and Freedom School teachers. He was, at the time, a veteran journalist and illustrator who had begun his career covering D-Day. We Had Sneakers, They Had Guns is his memoir of both Freedom Summer and a volunteer reunion 40 years later, in the summer of 2004.

The summer of 1964 was not an easy time. Hexter, now a labor lawyer, sat down with Daily RFT a few weeks ago to tell us more about it.

"In Mississippi," he explains, "civil rights activists were getting nowhere. We needed to break it open. The only way to get Mississippi changed was to bring down the 'cream of America,' middle-class students from New York. If that clump of students went, the eyes of the North would follow and it would bring Mississippi to their attention."

Hexter was, at the time, 19 years old, between his freshman and sophomore years at the University of Wisconsin. His father was a professor of European history at Washington University and Hexter had attended University City High School. Two days before he left for college in August of 1963, he took part in his first sit-in at the Jefferson Bank and Trust downtown. Jefferson Bank had no black employees above the rank of custodian. It also held the pension funds for the city of St. Louis.

Hexter, his sister and hundreds of other students and members of the Congress for Racial Equality (CORE) which included future U.S. Representative William Lacy Clay and Marian Oldham, a teacher who became the first black woman on the University of Missouri Board of Curators (and for whom a post office is named).

Unlike Clay and Oldham, Hexter wasn't arrested that day. But he was radicalized and when James Silver, a professor at the University of Mississippi, came to speak at Wisconsin and mentioned plans for Freedom Summer, Hexter applied right away. He went through an interview and psychological evaluation and in the spring was accepted to the program.

"It wasn't paid," he recalls. "There was no money. My parents put up the money to get me there. My parents were concerned. The deal I cut with them was that I would not engage in demonstrations and avoid situations where I would be arrested.

"I was arrested three times." 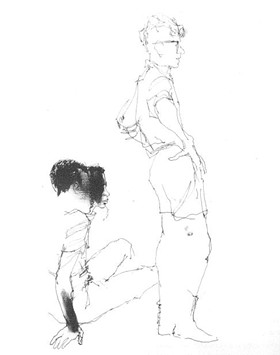 Hexter reported for training that June to the Western College for Women in Oxford, Ohio. The day he and the rest of the Freedom School teachers arrived, two CORE field workers, James Chaney and Mickey Schwerner, and a volunteer named Andrew Goodman, disappeared in Neshoba County, Mississippi.

"We understood that 'disappeared' meant dead," Hexter recalls. "They let the volunteers know. Nobody backed out. We were too committed. I don't know what it would have been like if they hadn't disappeared, but it put an extra tension into that meek. It made real some of the risks."

McLaurin, who was 23 in 1964, was already a blooded veteran of the Civil Rights struggle when he arrived in Oxford to help train the volunteers. That spring, he and a carload of Student Nonviolent Coordinating Committee (SNCC) staff members had been detained by the Mississippi highway patrol and "held for investigation." When he refused to tell the police he was a "nigger," an officer punched him in the mouth and knocked him down onto the concrete floor.

The incident appears in Sugarman's book:

"I felt no pain," he says, "but my teeth felt loose, and my mouth was a mess. As I lay there at the bottom of the stairs I knew they would keep hitting me until they killed me if I didn't say 'nigger.' That man had to hear me say it. He just had to. I got up and he said, 'Boy, are you a Negro or a nigger?' And I said, 'I'm a nigger.' He nodded, and I left the jail."

Nothing so brutal happened to Hexter when he was in Mississippi. He lived with families of black sharecroppers. "They were bone-poor," he recalls, "but they shared their houses with us."

Freedom School was held in an old shack. "We had to work and argue, persuade and cajole someone to give us the building," Hexter says. He taught both children and adults with textbooks donated from around the country. Subjects included Mississippi, U.S. and African-American history; civics and the Constitution; basic literacy and nutrition.

Hexter's school was right down the road from the house of Fannie Lou Hamer, a voting activist who became a legend in 1962 for singing hymns while she and a group of blacks from Ruleville drove to the nearby all-white town of Indianola to register; she later addressed the 1964 Democratic National Convention. CORE workers guarded Hamer's house 24 hours a day.

"There was tremendous fear in the black community about getting involved," Hexter remembers. "Much of the opposition in the black community came from the teachers. African-American teachers were dependent on the goodwill of the white community. If they were known as tied to civil rights, they could lose their jobs. We had to persuade families to help."

As it turned out, the fears within the black community were not unfounded. "There was a huge spasm of violence after the first crush of students left," says Hexter. "There were reprisals exacted against the families and business that supported us."

Things are much different in Mississippi now. "There are more African-Americans in government in Mississippi now than in any other state," says Hexter. Among them was Charles McLaurin, who for many years served as the director of public works in Indianola, a town that, in 1964, had had no black residents.

One of McLaurin's most extraordinary acts as director of public works was persuading the city to erect a monument to a black police officer named Nathaniel "Slim" Jack who once pulled a gun on him during a church meeting in the summer of 1964. ("What a man!" Hexter exclaims in Sugarman's book. "How many of us could have recognized the life that black policeman had to lead!")

"I'll always remember a woman with polio who went up the stairs on her knees to register to vote." Hexter recalls. "Most of us would say that summer was transformative for all of us."

He elaborates more in Sugarman's book:

Mississippi gave me a very strong sense that how wealth, and that means power, is distributed in this country screws up a lot of people. But Mississippi sharpened my vision of possibilities, of what people can do....My sense of what's great about America is possibility. What's bad about America is that our society is so stratified. That disparity invites violence. So people will have to use their power to make stratification less harsh.