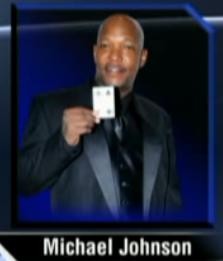 A man who St. Louis hip-hop star Nelly referred to as his cousin (or, rather his "cuzzen") was killed Wednesday night outside a home in the 8000 block of Nola, near the intersection of N. Hanley and St. Charles Rock Road.

Michael Johnson, 36, was shot multiple times while leaving or entering the home in unincorporated St. Louis County. Police have no suspects or motives for the crime.

Last night, KPLR Channel 11 and KTVI Channel 2 reported that Johnson was one of Nelly's bodyguards. But that's not true, says Nelly.

Commenting on Johnson's murder via his Twitter account, Nelly_MO, the rapper writes that Johnson was his relative.

Nelly also used his tweets last night to air outrage with the news stations (that share reporters and stories) after they confronted him yesterday to discuss Johnson's death. At the time, Nelly was at Lindenwood University, handing out two full-ride scholarships that he provides to the school.