Matthew McConaughey Made Her Do It: Illinois Mother Sues RedBox Over Fees 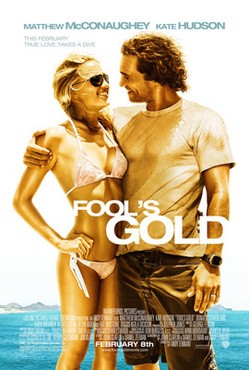 Laurie Piechur, a single mom from St. Clair County, thought she'd discovered an inexpensive way to entertain her kids when she started renting them movies from RedBox.

"RedBox ended up charging her $25 per movie," says Piechur's St. Louis attorney, Jeffrey Millar. "That's 25 bucks for a used film that you could buy new at Wal-Mart for $10."

Piechur and Millar believe RedBox's policy of charging customers a maximum of $25 for DVDs lost or returned more than 24 days overdue is in essence a late fee.

They also argue that RedBox customers shouldn't be forced to pay an additional rental fee of $1 for not returning a DVD to the kiosk by 9 p.m.

"That's an automatically renewing contract that is not clearly spelled out and in violation of state law," says Millar.

In October, Piechur sued RedBox claiming that the Chicago-based company has collected more than $100 million dollars in illegal and punitive late fees from its customers. Now Millar and Piechur's other attorneys (including this poor soul) are asking the court to make the suit a class-action, involving hundreds -- if not thousands -- of additional plaintiffs.

Piechur is asking for at least $350,000 in actual and appropriate damages.

The case momentarily landed in federal court before being sent back to down to the St. Clair County Circuit Court earlier this year. A hearing May 27 will discuss RedBox's motion to dismiss the suit as frivolous and Piechur and Millar's request to make the suit a class-action.

In the meantime, those who feel they've been wronged by RedBox (and may want to join the class-action) can visit the website redboxlatefee.com.