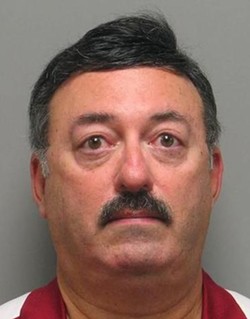 Now, Eigles is accused of a new videotaping charge. Yesterday a woman identified only as "Jane Doe" filed a civil suit against Eigles claiming that he set up a hidden video camera in the bathroom of his home and filmed guests during a company holiday party in December 2007.

Eigles then allegedly posted video of the woman using the toilet on the Internet.

The suit asks for $1 million, including pnitive damages. Eigles is currently under house arrest after paying a $15,000 cash-only bond for the three felony charges filed against him last fall. That case remains ongoing.