At a loss for something to read? Every week Daily RFT will ask a specially-chosen St. Louisan what they've been reading. Brilliant ideas, just waiting to be stolen! 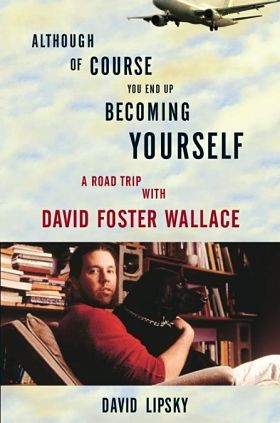 Shit, I have to look. I forgot the title, but I was reading it all day yesterday...

Although of Course You End up Becoming Yourself. A Rolling Stone reporter [David Lipsky] follows David Foster Wallace around for a profile. They fly to a reading and then up driving around. It was in 1996, at the tail end of when Infinite Jest was coming out, the end of the first rock-star tour. They talk about what it's like to be called the voice of your generation, writing, everything. The guy [Lipsky] is clearly a writer himself. He says, "I'm jealous to hell of this guy." There's a lot of male worship, boys looking up to other boys.

The Lonely Polygamist is also awesome. It's by Brady Udall. It's like John Irving writing Big Love. This guy in Utah has four wives and twenty children, and the book goes into everyone's different perspective. It's awesome in every possible way.