News of the Weird: Lee Enterprises Posts a Profit 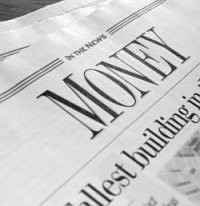 Whatever the case, Lee Enterprises (the parent company of the Post-Dispatch) managed to squeak out a profit for the three months ending March 28.

According to the St. Louis Business Journal, Lee reported an adjusted profit of $1.9 million during its second quarter of fiscal 2010. That's compared to an adjusted loss of $2.9 million for the same period in 2009.

Still the company's stock remains in the toilet. Lee traded at more than $40 per share after its acquisition of the Post-Dispatch back in 2005. Today the stock can be picked up for less than $5.