The 2,500 members of the BigBalls Kickball League that plays each weekend in Tower Grove Park will have to find a new destination to act like drunken grade-schoolers.

As St. Louis Public Radio reports, the south city park has officially banned the league due to its inappropriate behavior.

Says park director John Karel: "When something is consistently showing a pattern of abusive language, public urination, nudity, and disrespect for park rangers we don't have a choice, this thing was getting out of hand."

The league's director, meanwhile, suggests it's the victim of a witch hunt, telling the radio station: "It's a beer league, they knew that going in. Sometimes people act like fools and we're there to stop it. But when people are sitting on balconies with binoculars looking for incidents they're going to find some."

St. Louis Public Radio mentions that some of the names of the teams in the league are too risque for radio. Here -- in no specific order -- are some of those names: 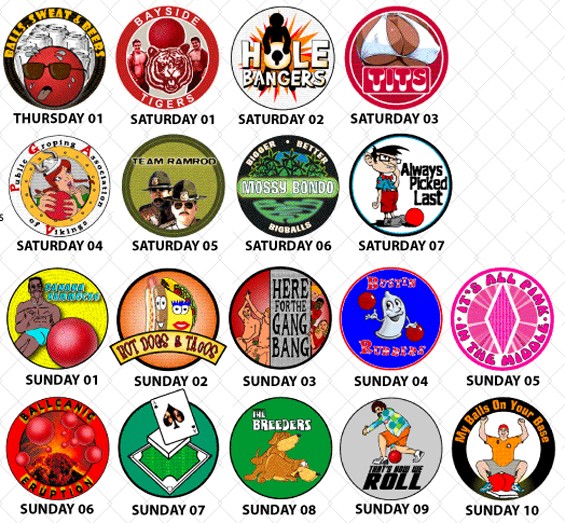