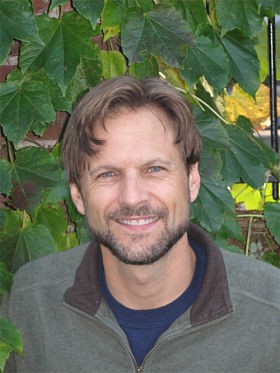 Daily RFT probably should have run this post yesterday, since April 15 is the magical convergence of Tax Day and National Poetry Month. Not that these two things converge very often. But here, a day late, the poetry of Chuck Sweetman, formerly an accountant, now a professor at Washington University and author of the collection Enterprise, Inc.

The link between poetry and accounting is not as tenuous as one might think -- or so Sweetman claims, and why shouldn't we believe him, since he has done both. As he explained in an interview with WKMS, western Kentucky's NPR affiliate,

"Accounting is really about storytelling. I was an auditor, too, and auditors are really fact-checkers of the stories corporations tell."

Go here to listen to the rest of the interview, plus Sweetman reading two of his poems. More of his work after the jump:

Return on Investment (ROI) tests management's efficiency. Capital is a scarce resource and must be used efficiently. Observe the relationship of short-term assets to liabilities with a test known as the current ratio. Currently, Hooper is said to be inefficient when he plays Biff Loman in the University's production Death of a Salesman.

Because they hinge on estimates of future operating results, capital budgeting decisions are complicated. "Why am I trying to become what I don't want to be?" Biff asks himself. "The doors of your life are wide open!" say campus recruiters who invest in seniors with high grade points, otherwise known as earnings potential.

Happy is confused but hard-skinned, refusing to admit he is lost. Biff shouts, "Pop, I'm nothing! Nothing, Pop," sinking Willy's dreams for his success. However regrettable, a write-off can enable change, and so a cost that has been irrevocably incurred is called sunk because it is irrelevant

to future decisions, however disappointing to Pop. More relevant are Opportunity Costs: the benefits forgone when choosing one course of action over another. These costs tend to be subjective, for example, the happiness Biff foregoes when unable to say who he is. Opportunity costs are not recorded in the accounting records.