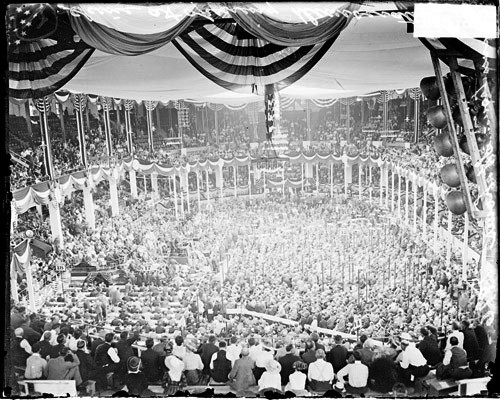 The St. Louis Tea Party could soon get a big motivational boost -- provided it's still around in two years.

Today the St. Louis Convention and Visitor's Commission announced it is bidding to host the Democratic National Convention in September 2012.

The convention could provide a $266 million regional economic benefit to St. Louis -- based on the money brought into Denver in 2008.

St. Louis has hosted five national political conventions, the most recent in 1916 when the Democratic conventioneers nominated Woodrow Wilson for president.