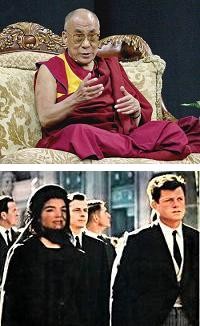 A female student at Saint Louis University was reportedly attacked Monday night in a restroom in the school's Xavier Hall.

The victim says she was grabbed around the neck from behind and pushed to the floor around 7 p.m. with the suspect fleeing after she cried for help.

Responding to the incident yesterday, SLU officials sent an email to students warning them to exercise caution and be on the lookout for suspicious persons.

Oh, and that suspicious person? According to KMOX, the victim describes her attacker as a man wearing a full length maroon robe and a black hat with a thin veil.

Now there's a look you don't see every day, and certainly not in combination.

Anyone with information regarding the attack is urged to contact SLU's Department of Public Safety.