What Mayor Slay Says -- And Doesn't Say -- on Twitter

Then again, some say it isn't always the mayor who's behind the Tweets on his account. Those same people also say that when you see "#fgs" after a Tweet, you know it was really him. 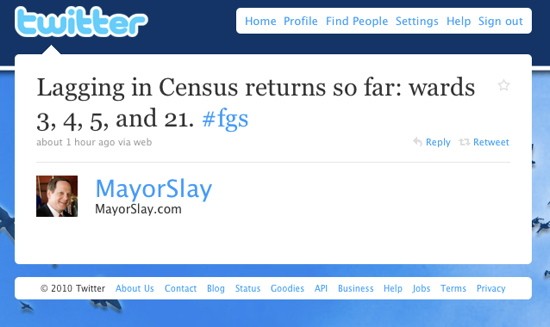 The mayor has been Tweeting quite a bit about the U.S. Census lately. And with good reason, right? The census is a pretty dang mayoral thing to Tweet about.

But if you ask me, this particular Tweet -- the one above -- is interesting not for what it says but for what it doesn't say.

What it says is that the citizens of four St. Louis wards are failing to live up to their civic obligation and lagging the pack in mailing in their census questionnaires.

What doesn't it say?

Well, it doesn't say where those wards are and who calls 'em home.

Here's a screenshot of a city ward map:

And here, courtesy of the U.S. Census Bureau, is a snapshot of the distribution across the St. Louis area of, in census-speak, "Persons Who Are Black or African American Alone": 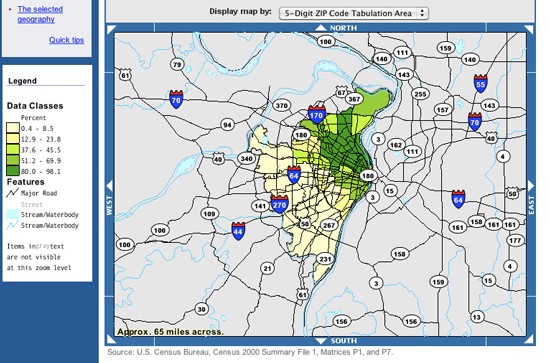 Oh, jeez, do I have to tell you everything?

Besides, surely some Tweeps who follow Mayor Slay have Tweeted about it by now... 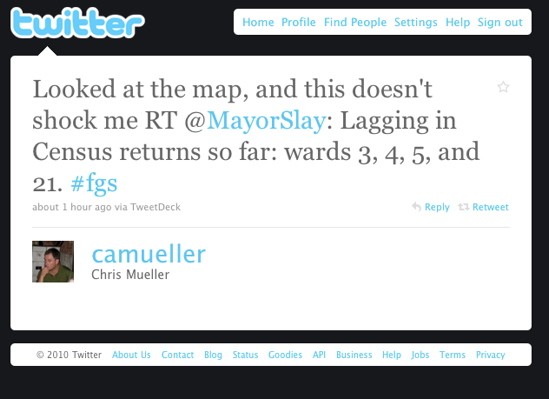