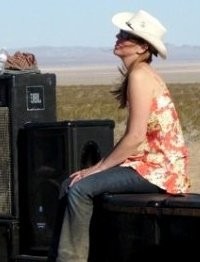 Like many people who have seen the documentary Food, Inc., April Dávila left the theater feeling pretty pissed off at Monsanto, the St. Louis-based agricultural company that has the distinction of being the very, very worst of the film's many villains.

Unlike many Food, Inc. viewers, Dávila continued to read up on Monsanto and after she learned that the company's genetically-modified corn was possibly harmful to the liver and kidneys, vowed to boycott Monsanto for a month. Since she is a writer and editor of the Southern California Review, she decided she would blog and tweet the entire experience.

Giving up Monsanto, it turns out, is a lot easier said than done.

Monsanto, you see, doesn't just affect what we eat. It also affects what we wear and how we keep ourselves clean. It has many, many hidden subsidiaries, like the company that grows 55 percent of the nation's lettuce and even a few companies that grow organic crops. Its sugar is, in Dávila's words, "ubiquitous." And it owns Round Up, a commonly-used weed-killer.

Just to make things harder for herself, Dávila chose the month of March -- rather than, say, February -- to go Monsanto-free.

First of all, I'd like to reiterate that I am vilifying no one. I am simply testing to see if it's possible to remove genetically modified organisms from my life. I am picking on Monsanto only because the vast majority of GMOs originate with them.

Second, my only problem with Monsanto's patents are that they don't seem to have control of their product. Genetically modified crops cross-breed with those planted by organic farmers who never signed up to grow Monsanto product, and Monsanto gets to call foul. If a flat-screen TV literally walked into my house and wouldn't leave, I would be pretty upset when the cops showed up on my doorstep to arrest me for larceny.

Third, genetic engineering is different then breeding. Just try to imagine a little tiny bacteria molecule trying to seduce a stalk of corn. I don't care how much Al Green you play, those two are never going to get it on. However, my main concern on this front is actually the questionable safety of GMO foods.

About two days in, when she discovered how far Monsanto's reach truly extended (organics?!?) and that she might possibly have to limit her diet to wild-caught fish, free-range chickens (the kind that eat only grass and bugs), organic dried fruit, coconuts, maple syrup and seaweed, she was ready to abandon the project in despair.

Fortunately, with the help of farmers she met at local markets, industrious research and several boxes of Girl Scout cookies she kept on the kitchen counter for inspiration, Dávila persevered for the entire 31 days. The discovery that aged Glenfiddich whisky was produced before Monsanto got into business helped, too.

Dávila posted everything she ate and wore here. Her clothing couldn't come from plants grown with Monsanto seeds or animals fed with Monsanto corn. The only soap she could use was Dr. Bronners, which meant she could wash her hands only at home. She spent way too much time worrying about what was Monsanto and what was not.

At midnight on April 1, Dávila celebrated her Monsanto-free month with Champagne and the aforementioned Girl Scout cookies. She felt, she wrote, less proud than relieved:

It's all about convenience. Like everyone else out there I've got a lot on my plate. Analyzing every bite of food, making sure I washed my clothes every other day, and being careful not to even wash my hands unless I was home with my bar of Dr. Bronners, took up an enormous amount of space in my head,

It wasn't that any one part was all so challenging, but to adopt it all as a sudden and complete lifestyle change was draining.

Nonetheless, she has vowed to eat more organic food products, shop at farmers' markets and feed her daughter In-and-Out Burger only as a special treat.

Would it be possible to replicate Dávila's experiment in a place without a year-long growing season, a place like, say, St. Louis? Then again, wouldn't our dependence on Monsanto be less Evil since we are, after all, supporting a local business?

It's easier to ask stupid questions like that than ponder how one company has such a mind-bogglingly huge influence over so many aspects of our lives.

"Fan us!" Become a fan of the Daily RFT on