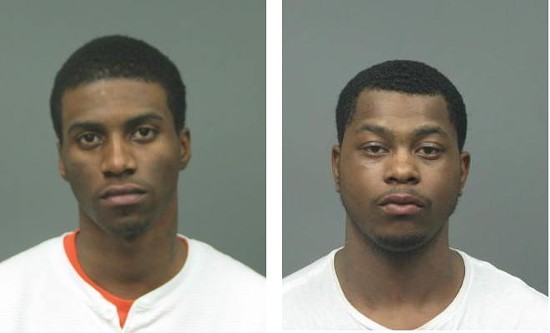 According to St. Louis County police, Bracey and Brown shot Spearman in the kitchen of his home on February 9. Spearman, of the 11100 block of Linnell Drive in north county, died four days later from his wounds.

Bracey, of the 1600 block of Emerald Creek Drive in Florissant, and Brown, of the 800 block of Mary Jo Lane in Hazelwood, were charged with second-degree murder, robbery in the first degree and two counts of armed criminal action. They are each being held on a $500,000 cash only bond.