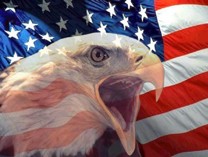 The St. Louis Tea Party is planning a circuitous route (here's a map) through St. Charles County on Saturday, leaving at 10 a.m. from the Target parking lot in O'Fallon (2300 Hwy K.)

Anyone who's been in a Target parking lot on a Saturday knows it's nothing short of bustling, so this group of a dozen or so cars, emblazoned with signs and noise-makers, should make things just a pinch noisier.

As you might have read, tea partiers are going on the road, including the national version that was recently kicked off by Sarh Palin in Searchlight, Nevada -- home of Democratic Senate Majority Leader Harry Reid. No word yet if controversial state Rep. Cynthia Davis will join the group as they parade through her district.

The procession is described on the group's blog as a "Wedding Party meets 4th of July Parade meets Tea Party" and they plan to creep through the county at five miles below the speed limit for just more than two-and-a-half hours.

For more information about the event contact Brian Bollmann or call him at 314-882-3327.

Here's video of one of these shin-digs from back in November, so if it interests you, attend, or you know, observe them. Just don't spit, shout racial slurs or heckle. Or bring coffins. 'Cause that's so last week.