This morning a man was shot in the MetroLink parking lot in Wellston. Daily RFT's Amir Kurtovic reports from the scene that the victim is described as a black male between the ages of 19 and 21.

Police say a MetroLink security guard provided aid to the victim and called for emergency assistance. The victim was transported to an area hospital. His condition right now is unknown, and the gunman remains on the loose.

The nearby Eskridge High School was on lockdown immediately following the incident but has been reopened. 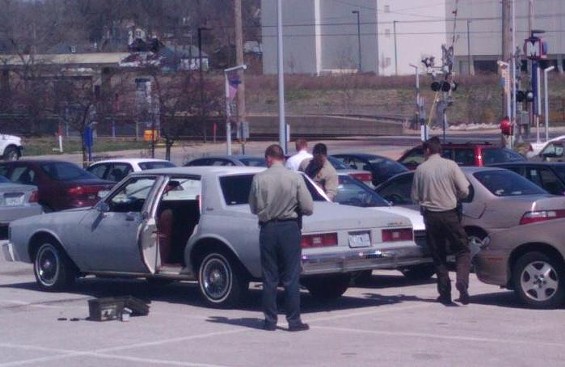 KMOX reports that the man was shot as a result of a drug deal, but our reporter could not confirm that from police on the scene.

More as this story develops...