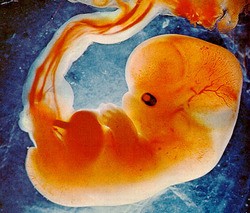 A controversial abortion bill cleared the Missouri House yesterday by a vote of 113-37.

The legislation (HB 1327) sponsored by Cynthia Davis (R - O'Fallon) contains a number of restrictions aimed at making it more difficult to get an abortion in Missouri. Those include:


The bill now heads to the Senate for debate. Responding to criticism from her female colleagues in the House, Davis told lifenews.com:


"Abortion is a kind of domestic violence as well. Women don't naturally want to kill their offspring. Women who are loved, cared for and supported don't mind having their own child."