University City Police on the Lookout for Disruptive Wash U. Students

March 30, 2010 at 12:02 PM
comment
The University City police are working to "lessen the complaints" from residents in the neighborhood between the Delmar Loop and Washington University campus.

Police chief Charles Adams tells Daily RFT today that his department has received several calls recently from people living along Washington Avenue and Kingsbury Boulevard about noise and other disturbances. 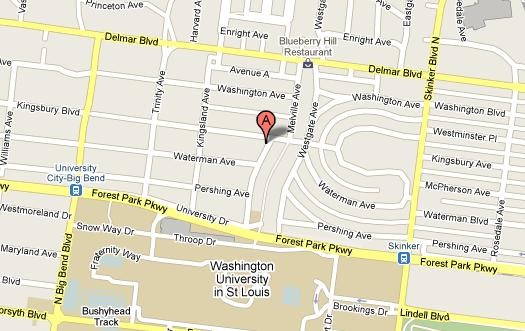 "Our concern is keeping those areas the quiet residential neighborhoods that they're designed to be," says Adams.

This week Washington University students returning from spring break received an email from school officials warning them to be on their best behavior while off-campus in University City.

The paper cautions that students arrested for such behavior could earn a police record that might (horror of horrors!) affect their admission to graduate school.

Chief Adams, meanwhile, tells Daily RFT he doesn't know where the phrase "zero tolerance" came from. Nor did he know about the email to students or the article in this week's Student Life.

"I can't comment on those things as I haven't seen them," he says. "But what I can say is that, yes, we're going to address issues related to disturbing the peace."