St. Louis Solicits Bids For Casino to Replace the President 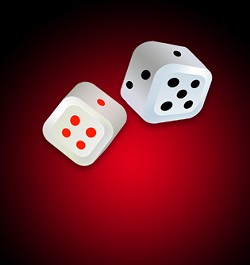 Now that the license for the President Casino is up for grabs, St. Louis officials are scurrying to bring a new gaming facility to the city.

Rodney Crim, executive director for the St. Louis Development Corporation, announced yesterday that the city is issuing an RFP (requests for proposals) to developers.

Speaking on KMOX this morning, Mayor Francis Slay's chief of staff, Jeff Rainford, said the city will lose $2 million in tax proceeds and more than 200 jobs once the President closes its doors June 30.

Rainford said that a new casino could be located downtown and possibly in north St. Louis near the Chain of Rocks Bridge.

Two separate land owners near the bridge have already approached the city about a possible development.

The Missouri Gaming Commission earlier this year pressured the under-performing President to give up its license. The number of casinos is capped at 13 in Missouri, and the bidding for President license is expected to be extremely competitive. One of the leading proposals calls for a north St. Louis County casino to be located near a conservation area.