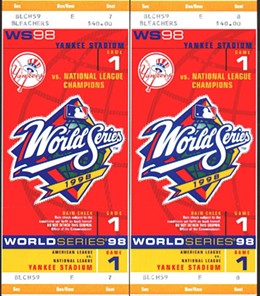 According to SeatGeek.com, a website which compiles data on the costs of tickets for various sporting and music events in the secondary market, the St. Louis Cardinals' overall ticket prices are up 24 percent going into 2010 over the second-half of last year.
This should come as no surprise, considering the Cards had yet another successful season, culminating in a playoff run and followed by an off-season Holliday spending spree which should keep the turnstiles humming along this year. The Cardinals are a hot ticket right now, and demand should remain all kinds of high throughout the year, I would think. What is a little surprising, though, to me at least, is how substantial the jump already appears to be.

I would expect to see the costs go up, but 24 percent is a significant increase in an economy still in the early phases of real recovery.
A few other highlights:
You can read the full report at SeatGeek.com.